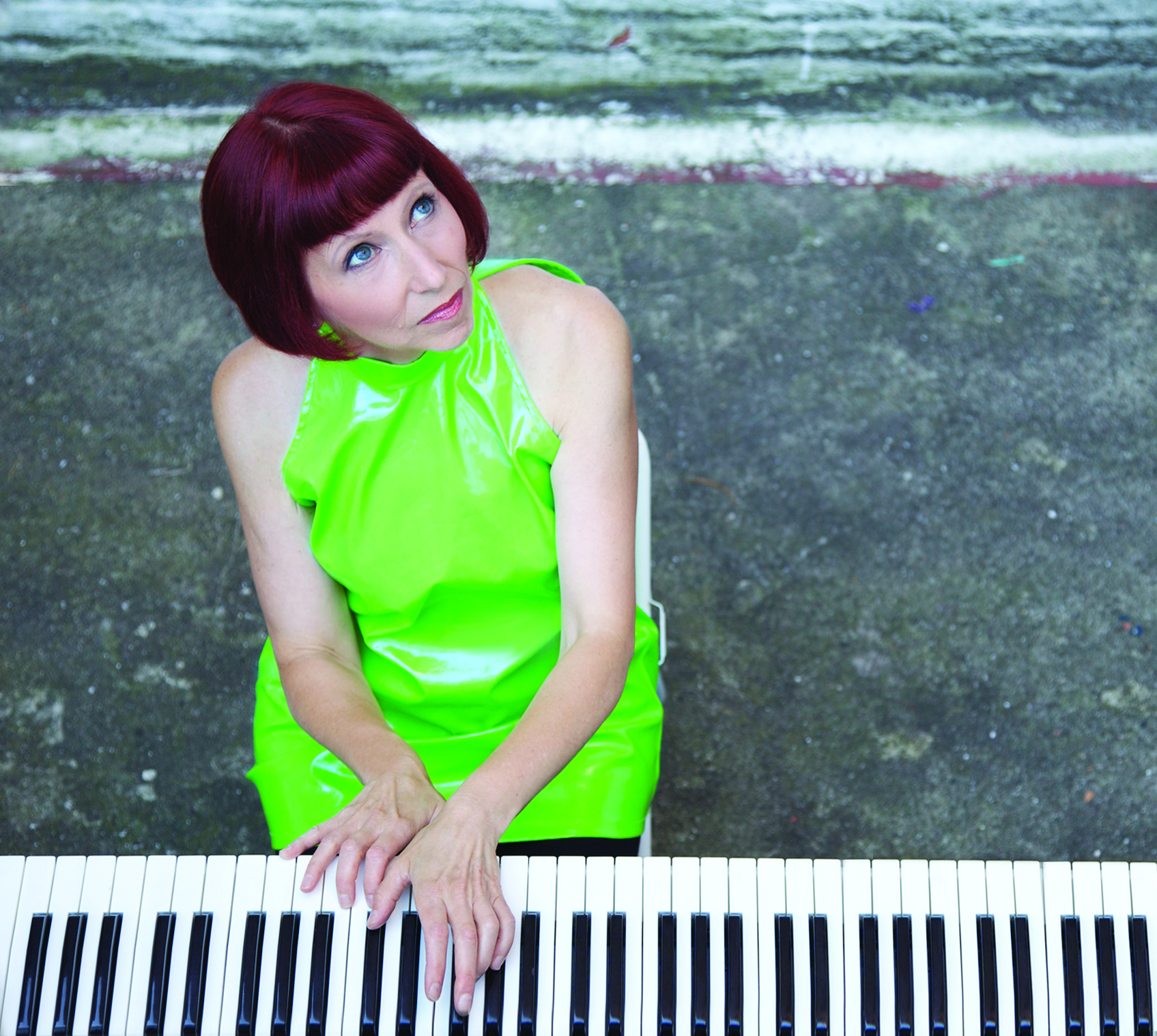 This recording was funded in part by support from The Aaron Copland Fund for Music, Inc.

A Shaking of the Pumpkin (Circumstances from the Mystic Society of Plants and Animals) was commissioned by Kathleen Supové with support from the Mary Flagler Cary Charitable Trust.

On Track was commissioned by ASCAP and SEAMUS.

Sutra Sutra was commissioned by Kathleen Supové with support from the Mary Flagler Cary Charitable Trust, as part of a trilogy of works entitled JITTERS.

Revolution was commissioned as part of the national series of works from Meet The Composer Commissioning Music/USA, made possible by generous support from the National Endowment for the Arts, The Helen F. Whitaker Fund, and the Target Foundation. License granted for the use of Martin Luther King, Jr. audio by Intellectual Properties Management, Atlanta, Georgia, as exclusive Licenser of the King Estate.

Recorded at the Yamaha Artist Services Salon
Special thanks to James Steeber, Magdalena Baczewska, and staff

Most classical music lovers would agree that the drawing rooms of 18th and 19th centuries constituted the ideal habitat for the solo piano. It is in these plush environs that the old Bach and the young Mozart and Beethoven displayed their talents for admiring flocks of major and minor royalty. A bit later the salon culture of Paris would provide a setting for the effusions of Liszt and Chopin, rapturously imbibed by a mixture of haute bourgeois strivers, bohemian scribblers, hommes d’affaires and poètes maudits.

These private events would gradually evolve into what Glenn Gould referred to as our last remaining blood sport: the gladiatorial spectacles through which legendary matinee idol keyboard virtuosi would achieve, for a brief period, a celebrity anticipating that of today’s stadium rock icons.

Alas this developmental trajectory would seem to have entered a terminal stage, its ranks having been reduced to a few eminently competent but often faceless heirs to the great tradition.

But just as every so often a heretofore unexplored region of the globe is discovered to harbor a vibrant population of endangered flora and fauna, a small area in lower Manhattan and Brooklyn (and a few satellites) now functions as a refuge for a musical species formerly believed destined for the museum display case.

And it is here that Kathleen Supové not only survives but thrives.

Although Supové’s “Exploding Piano” inherits certain anatomical features from its ancestors, it is at the same time a distinct species. The 19th century mechanical wonder is frequently augmented by a battery of electronics devices or altered by preparations inserted in various orifices subtly or radically reconfiguring the aural experience into something wondrous and strange.

But however far-flung the regions into which the remnants of the piano are dispersed, what audiences have come to take for granted and cherish are Supove’s protean talents in doing what great pianists have always done: her magical coaxing of a “singing” tone from a collision of felt, wood and metal, the illusion of an orchestral texture produced by a single pair of hands, extremes of loud and soft, fast and slow, always dispatched with a minimum of strain and maximum of grace.

This recording finds Supové in her native habitat cavorting with a recently commissioned series of works. While strikingly diverse they are of a piece in each setting the piano in opposition—sometimes with itself, sometimes with musical sources though more commonly with the extra-musical sound world. Snippets of conversation, formerly exotic “world” instrument sonorities, rhetorical displays, human breathing and tongue clickings, vehicular traffic, gentle breezes, or industrial noise all coalesce with many variants of the basic piano timbre, masticated and reconstituted, functioning as bricks and mortar of five uniquely coherent and deeply communicative musical structures.

Missy Mazzoli’s latest installment from her Isabelle Eberhardt series of works finds the protagonist “dreaming of pianos” enveloped by a ghostly residue created by intensively digitally processed piano samples. The dream is also embodied within the structure—snippets from Schubert waft into the Eberhardt boudoir, a poignant homage to a dimly remembered, halcyon past.

Michael Gatonska’s A Shaking of the Pumpkin pares down the interaction to a single bass drum inserted under the lid of the instrument. A series of vignettes from “the mystic society of plants and animals” evokes the seething complexity of the insect world, the obsessiveness of woodpeckers, the inexorable projection of plants toward the light. These are evoked by flurries of intricately fashioned pianistic filigree, sub-basso explosions and quasi-aleatoric controlled improvisation. Perhaps most endearing is the lyrical superstructure created for the “song of the butterfly”, an oasis of almost romantic placidity in the midst of an extravaganza of neo-modernist gesture.

A whimsically bland remark of Queen Elizabeth becomes the unlikely introductory vehicle for Anna Clyne’s finger busting étude On Track. Here the plucked string doublings of the initial semi-ostinato suggest slight pokes to the ribs while the unpredictable appearance of various found sonic objects make for a musical obstacle course, one which Supové negotiates with unflappable ease.

Dan Becker’s Revolution requires Supové to negotiate the interstitial border between human scale virtuosity and the suprahuman capacities of the prepared Disklavier™, the two linked together by oracular pronouncements of M.L. King Jr. The result is both a profound and profoundly ambiguous late minimalist tour de force—a rueful elegy for a “revolution” long since co-opted by Madison Avenue sales pitches at best and, at worst, masquerading as a repressive and amoral national politics sold as “hope” and “change”. Becker’s work serves as a trenchant and thoroughly engrossing reminder of the fundamentally transgressive, confrontational and radical essence which was the wellspring of both King’s prophesies and first generation minimalism, reclaiming each from its now ubiquitous, soporifically feel-good progeny.

Finally, Randall Woolf’s Sutra Sutra brings the piano into the longstanding debate between art, Eastern Spirituality and Western Science with a new twist—the recognition that, in 29 dimensional hyperspace, “all is vibration” or so the popular accounts of string theory tell us. And so, as the disembodied voices explain, the notes of music are what we have always known them to be—microcosms of the larger world, one in which every person, place or thing becomes a vibration. Woolf’s extended meditation, alternately passionate, snarky, baroque, unhinged, lyrical, campy, and sincere, comes as close as possible to capturing in musical terms what is explicitly designed to be a complete theory of everything.

That’s all there is, according to the physicists dreaming of a “final” theory. And in rather the same way, the eighty-eight keys, when under the command of Kathleen Supové, are more than enough to tell us pretty much everything we need to know.