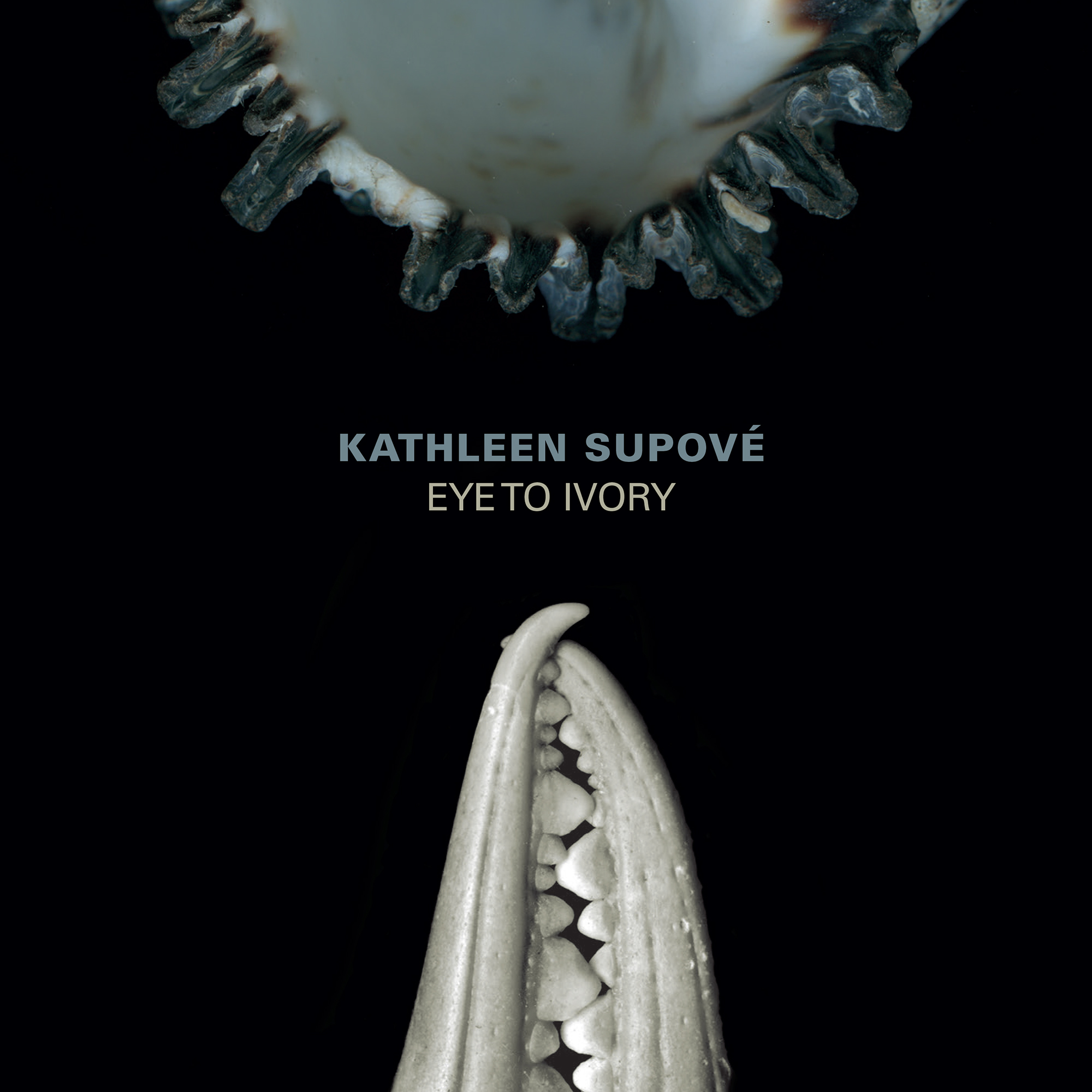 About Eye to Ivory

The CD opens with Mary Ellen Childs’ readily engaging Eye to Ivory (2005). The composer comments, “I put my attention toward textures and densities of the piano, from the growling build-up of bass to the airy upper reaches of the instrument’s range, but I also had an eye on how the performer needs to move when performing the piece [and] the physical movement qualities are reflected in the sound.” In the CD’s Introduction, Joan La Barbara remarks that the piece moves from “the ponderous, purposeful opening at the nether end of the keyboard [to] insistent rhythms and jazzy chords [to] a slow, romantic, pensive, lyrical section [ending with] delicate patterns, strums, and plucks on high strings.”

Nick Didkovsky’s dispassionately shocking Rama Broom (2000), for solo piano and voice, was composed for Kathleen Supové and uses a “homicidal fantasy” text she provided. The piece unfolds slowly and soothingly, gradually introducing the syllables of the text out of sequence, in a process that music reviewer Greg Sandow described as “a delight for the mind, like a crossword puzzle that solves itself while you watch.” La Barbara comments, “A nightmare unfolds slowly, relentlessly, and, as in Poe, we cannot turn from the eventual horrific event. Didkovsky’s work compels our fascination.”

Randall Woolf’s laugh-fest In The Privacy Of My Own Home (2000) focuses on Supové’s many distinctive ways of laughing. He captured her laughs by recording her voice while she listened for the first time to the classic Abbott and Costello “Who’s on First?” routine. In addition to presenting her laughs as humorous, Woolf’s transformations can sound serious and threatening, sexual and intimate, ridiculous and quirky, maniacal and disturbing. The title reflects the intimacy of the sounds, as well as their relationship (they are married).

Guy Barash’s technically sophisticated Talkback IV (2010/12), for piano and computer, is the fourth in his series of compositions for solo instruments and real-time digital signal processing. In the Talkback series, he explores extended techniques, enhanced timbre, and other sonic features that are characteristic of the instrument. “Unwinding like a tightly coiled spring, soothed by exquisitely executed arpeggios” writes La Barbara, we hear “rapid high-energy fragments, sudden bursts, hammered-on repetitions … sudden sforzando clusters … a quirky melody [and] Supové’s formidable pianistic skills are well demonstrated in this expertly crafted tour de force.”

The CD ends with Dafna Naphtali’s interactive human-machine duo Landmine (1999-2017), composed for Supové playing a Yamaha Disklavier Grand. For decades, Naphtali has developed ways to use an effects processor as an instrument, and in this live recording of Landmine, Supové’s acoustic performance was combined with Naphtali’s real-time processing of the piano. All the basic harmonic and rhythmic materials for the piano part were generated by a “toy” algorithm, created by the composer and inspired by music of Nancarrow and Xenakis. In addition, this trickster “toy” algorithm also disruptively plays the Disklavier on its own in the last two sections, forcing Supové to improvise like a lion tamer in the cage with and against this same assertive algorithm, which inserts materials in unexpected places that could potentially overwhelm her; hence the title Landmine. La Barbara notes, “From the high energy, insistent beginning of Landmine, Dafna Naphtali coaxes fascinating gurgles, rattles, snaps, swoops, echoing swirls, sequences, pitch shifts, capture-and-repeat fragments, and even crowd sounds from the piano with her real-time effects processing.”

La Barbara concludes, “Kathleen Supové has built an extraordinary career as a solo artist performing almost exclusively contemporary works, many of them composed for her and often commissioned by her. For this courageous choice she has been showered with an impressive array of awards, prizes, and well-deserved recognition. This collection should certainly garner her more.” This recording was mastered by Grammy-winner Silas Brown and has been funded in part through a grant from the Alice M. Ditson Fund of Columbia University.